Sammy and Kaden went fishing using live shrimp as bait. Sammy bought 8 more shrimp than Kaden brought. When they combined their shrimp they had 32 shrimp altogether.

a. How many did each boy bring?

c. What is the ratio of the number of Sammy's shrimp to the total number of shrimp? 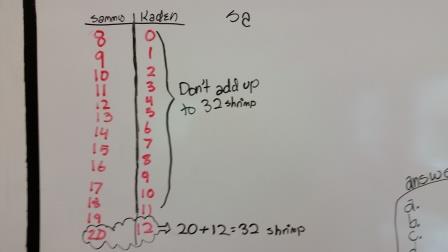